Switch in Our Brain !

Sadly we don’t have a switch in our brains – for us to turn it from optimistic to pessimistic, and from bullish to bearish !

And equally sad part is that we’re not trained in behavioural-finance that is as critical as any other tool for successful investing journey.

(Balancing your pessimism/optimism in bull/bear markets is a great skill  but it is easier said than done .Problem with masses is that they tend to be  on extreme ends at one point of time- either greedy or fearful .That’s why markets move like a pendulum -from euphoria to pessimism and then back to euphoria.)

Recency bias  too plays a significant role . While coming out of a bull -market all  the great stories of recent past play a role on our minds – our eyes get trained to see the breakout stocks & we tend to start believing that corrections last only for short periods and they are good opportunities to buy on the dip .

Switching the mindset to the other side becomes harder as we tend to  become complacent when  the path we’re following  looks familiar , the trend becomes a friend and the events around us tend to be aligned with our exepectations.

We humans are  very good at forecasting the future, except for the surprises, which tend to be all that matter.

Now it seems that we’re entering a bear market zone – and it is difficult to gues how long it would last !

Key point at this transistion phase ( from bullish to bearish) is whether we’re ready for our brain to transit to this low or zero return zone .

The point is to be prepared. The biggest risk is always what no one sees coming.

At this juncture ,preparing our minds to  the probability of a long low -returns period might save us from certain hidden risks,can help us calibrating our future expectations.

This is also a good time to remember what Howard Mark wrote in his 2016 memo ( On the Couch ).

He wrote, “in the real world, things generally fluctuate between ‘pretty good’ and ‘not so hot.’  But in the world of investing, perception often swings from ‘flawless’ to ‘hopeless.’”

Let’s help you by giving some insights about the bear markets ( situation turning from flawless to hopeless) ,that might help your brain in the transit phase , in case it becomes a serious bear market.

Bear markets don’t imply that the prices of your stocks won’t rally upward in between.

And most of the bear market rallies (counter trend bounces) happen to be fast and ferocious . Markets want you to belive that we’re back in upward journey.

And that’s where your money gets sucked .You recncey bias and success of buying-on-very-dip in bull markets tempts you to deploy fresh cash. And then you get the hit.

These counter-trend bounces in an ongoing bear market are  treacherous for investors who mistakenly tend to think that the downturn is going to end. As the primary bearish trend reasserts itself, the disappointment of those who bought during a bear market rally leads to drive the prices to new lows. 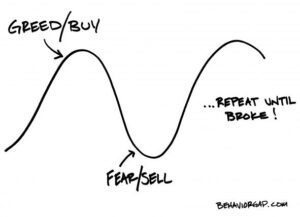 “Lack of FOMO” happens be one of the most important investing skills (behavioural finance) – although during every phase of the market but it is much more critical during counter-trend rallies.

Bear markets fall are quite unlike as compared to black-swan events crashes .Black-swan events related falls are  sudden  e.g. at the time of Covid, demonetaisation as well as when whenever there’s a sudden war. Recovery from these sudden falls happen to be quicker in most of the cases .

But bear markets are result of some cyclical changes in overall economic -factors. They are slow and grinding .And the falls comes in waves . When you feel that markets have gone down enough, they tend to fall more.

The following charts show the waves of falls in the past bear markets of USA . 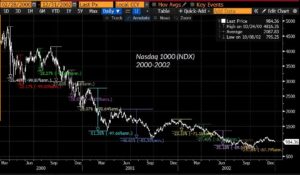 One needs to set new benchmarks of PE ratios, market cap to revenue mutiples need to recalibrated, EV to EBIDTA needs to be adjusted new standards..

Old standards of valuing a business in a bull-market are not applicable to the bear-markets.

iv) Phases of a Bear Market

As per Investopedia , there are 4 phases of a bear market

v) Quick Money on Short side

You make quicker money in bear markets if you are on short side – because pessimism is contagious ( like COVId ) – everyone gets it at the same time  and market falls faster. 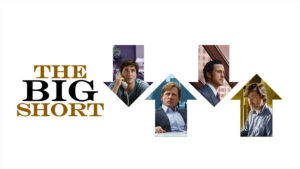 But for crowd to become optimistic,it takes time , it is gradual , people want proof ( that’s why retailers (masses) buy at the peak of the markets when every proof of upside is already there ). So upward movement is rather slow as cpmpared to dowside -movements.

Replace Your Emotions With A  System

Market is more of a brain and liquidity game – earlier (in the cycle) you understand it , better you would be .

Don’t go buy media that talks about SIP in falling markets etc etc , that is for average people .Don’t buy on the basis of your gut -feeling or something looks cheap.

Have  a time-tested system or method for entry and exit , a system that suits your temperament, your risk-taking ability & appetite as well as your stage of life. For example, we follow Stage Analysis technique to enter and exit the stocks we love.

You can click here if you also want a simple rules-based method.

Rules and discipline helps us to overcome our emotional -biases as well as helps us to ignore  the noise around us.

Let’s try to imagine that we have a switch in our brains. But that switch can only work by going with the trend – switching the sides is the key – remember you are not on a ego trip in this market but you’re on a money – making trip – change your views when the underlying facts change – don’t be rigid , be like water – formless , shapeless ,egoless and  long-term opinionless – go with the wind my friend .